# BarterDEX is officially deprecated as of this writing and mm2 is under testing before public release.

The marketmaker binary is essentially barterDEX-CLI 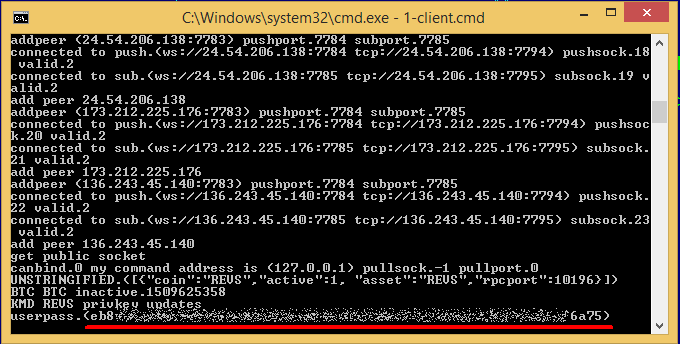 You should see your userpass on screen, and it will also be automatically copied to the userpass file. It's required by all the other scripts to have this userpass value in the userpass file. If the output of 2-getuserpass.cmd is not the same as the value showed on screen, wait some seconds and run 2-getuserpass.cmd again. Also make sure that you have allowed marketmaker to accept incoming connections in your Windows Firewall settings (At the first time launch, your system should automatically ask for it).

Note: Before you use any script that deals with any actions related to your coins (for example, withdraw and others) edit it and make sure that it has the correct addresses, coin name and volumes inside. Don't run any scripts without looking at it's source and clearly understanding what it does.

These are already included in the repo and are archived with the releases. Another location the Win-32 dependencies might be found: https://artifacts.supernet.org/latest/windows/ (opens new window)